How can we generate larger VC exits in Canada?

How can we generate larger VC exits in Canada?

In my last blog post, I discussed the performance of the Canadian venture capital (VC) sector relative to other major ecosystems around the world.

In this blog, I want to look further into this issue to better understand why exits in Canada skew so much to the $50-100M range versus other major ecosystems?

Is there a funding gap in Canada?

When my team first started investigating this issue, our instinctual reaction was to assume that financing for companies to grow in valuation beyond the $50-100M range was inadequate. While this sounds plausible, the data tells a different story.

Based on these results, we can conclude that Canadian companies achieving high exit values have received as much or more capital than similar companies in other major ecosystems, with the exception of those in the U.S.

We do not want to overstate these results. They say nothing about financing levels for company failures and we cannot say whether Canada is providing a long enough runway for its failures to find product/market fit.

We are not convinced, however, that a lack of financing alone explains Canada’s relative inefficiency in creating large exits. On the other hand, there is a clear and significant funding gap with the U.S., particularly for larger exits.

One possibility that comes up every so often is the unproven claim that a disproportionate amount of successful Canadian founded start-ups move their headquarters (HQ) to the U.S, hence skewing Canada’s overall success rate at generating larger exits.

Examples include Slack, which issued it’s IPO in 2019 and now trades at a market cap of around $17B, and Sonder, which attained unicorn status the same year. Both companies were founded in Canada but have since moved their HQ to the valley.

The “start-up drain” is a difficult theory to prove or disprove because no databases we have explored tracks the history of a company’s HQ location. For example, most databases simply list Slack as a U.S.-based company, with no mention that it was founded in Canada.

Fortunately, there is a workaround. At BDC Capital, we are mandated to invest in Canadian companies. In most cases, that means the company needs to be based in Canada, granted certain exceptions. We can assume that companies who have been in BDC Capital’s portfolio were once based in Canada, even if they have since moved locations.

BDC Capital has invested in over 500 start-ups over the last 20 years. Our portfolio covers a wide range of industries and we invest at various operating stages.

From our portfolio over the last 20 years, we found only 15 companies that now say their HQ is in the U.S., a modest 3% of the total. The next question is to investigate whether this small cohort performed materially better than the much larger cohort of companies that remained in Canada. Below is a table summarizing the performance of this cohort:

The distribution of returns displayed above is not atypical of a standard venture portfolio. While two of these companies are “home runs”, with returns above 5.0x our invested capital, the majority of these companies did not create positive returns.

In other words, even though a couple of the now U.S. companies ended up finding great success, the vast majority who chose to make the move did not, and this small cohort has failed to show any signs of material outperformance from our broader portfolio. Therefore, we struggle to draw the conclusion that we are experiencing a start-up drain in Canada.

Canada is a big country, but a small market

There is another possibility we must consider. That the Canadian market structure makes it harder for Canadian companies to grow. After all, Canada is a big country, but a small market. Our GDP is lower than it is for the state of Texas (Graphic 3).

The Canadian market is also complex. There are 10 provinces with their own regulatory frameworks, two national languages, and it can take up to six hours to fly from one tech hub (Vancouver) to the other (Montreal). Texas, by comparison, has four major technology hubs within driving distance, one language and a single regulatory framework.

International expansion is the key to larger valuations in Canada

In 2015, Atomico, a European VC fund, released a fantastic analysis of 182 billion-dollar internet companies. Their goal was to find trends in how these unicorns reached global scale.

Two of their findings remain particularly interesting for the Canadian VC ecosystem.

The first (Graphic 4) is that unicorns launched in countries with a population less than 50 million people took, on average, 50% less time to expand internationally than companies that were founded in mega-countries like the U.S., China and India (1.4 years vs. 3.3 years).

The second (graphic 5) is that of the 17 unicorns founded in countries with under 50 million people, 100% of them had an international presence, compared to just over 50% of companies founded in the largest countries.

In other words, the pressure to internationalize is far greater for Canadian VC-backed companies that it is for American ones. Given the talent available, the proximity to the U.S. market, government policies and several other reasons, we strongly believe that Canada is an excellent place to build a start-up.

But for the ecosystem to evolve further than it already has, Canadian start-ups need to think globally from day one, rather than try to dominate Canada first. This conclusion is supported by previous BDC studies showing that high-growth Canadian firms across all sectors have a higher propensity to export.

Having set the stage on how we think about the Canadian VC ecosystem, we hope to dig even deeper into the data over the coming months to spur initiatives that can make a difference as we recover for the economic impact of the COVID-19 pandemic. 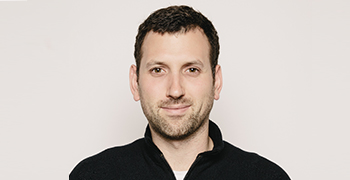