There is a new trend in corporate innovation. Before the COVID-19 pandemic, major global corporations were increasingly turning to corporate venture capital (CVC) to amplify their internal R&D efforts.

CVC happens when a large company takes a minority stake in a young company, usually for strategic reasons. Corporate venturing can also take the form of indirect investment as a limited partner in an independent venture capital firm. Some businesses go as far as to create their own venture fund or internal corporate incubators.

This approach to corporate innovation has dramatically accelerated the pace and success of research, development and commercialization for companies around the globe.

Corporate participation in venture capital has been particularly popular in the United States. Corporations there participated in 26% of all VC deals in 2018, according to our analysis.

Before the COVID crisis, the percentage of Canadian CVC deals had also been growing, but not quickly enough to catch up with the U.S. Our data shows that corporations participated in 14% of all Canadian VC deals in 2018.

On a global scale, Canada is punching below its weight. Canadian-based enterprises accounted for 1% of global CVC deal values from 2011 to 2017, while Canadian GDP is 2% of the world’s total, according to Global Corporate Venturing.

Who has been driving the growth in Canadian corporate VC?

While Canadian CVC before the pandemic was growing, much of that growth appears to have been due to investments by foreign corporations in the Canadian VC ecosystem. We calculate that only around a quarter of strategic corporate VC investments are made by domestic firms.

This has long-term implications for the Canadian economy. Canada has a competitive advantage in the production of primary resources and their transformation. Companies in the manufacturing, resource and agriculture sectors account for 80% of Canada’s goods-exports1 and a third of Canada’s largest publicly traded companies are active in those three sectors2.

A lack of participation by these firms in Canada’s VC ecosystem endangers their future productivity and competitiveness. But it also deprives Canada’s start-up community of a formal link to traditional industries where Canada has a competitive advantage.

What is holding back Canadian corporates?

We believe there are three main problems blocking firms in “traditional” sectors from investing in the Canadian VC ecosystem.

Canadian industrials don’t have the experience of their American peers when it comes to engaging with start-ups. It isn’t part of their corporate culture and they have not yet developed the organizational muscle to create those kinds of partnerships.

Canadian industrials in “traditional” industries require large capital investments and have longer business cycles. This makes it difficult for start-ups to penetrate these industries and develop at-scale solutions that can be adopted by large customers.

As Canada’s most active VC investor, we believe Canadian corporations can gain from closer cooperation with the VC ecosystem. Further convergence between start-ups and traditional industries, in particular, could have an outsized effect on Canada’s economic development.

This is why we created a $250 million Industrial Innovation Venture Fund to invest alongside talented entrepreneurs developing new technologies boosting productivity in these sectors. Where the opportunity presents itself, this fund will do deals in partnerships with Canadian corporates.

We’ve also worked with Canadian corporations to help them gain skills and experience in CVC. For example, by inviting global CVC leaders from around the world to attend the Canadian Corporate Innovation Summit in 2017.

Corporate VC in Canada was growing and becoming an increasingly important part of the ecosystem before the COVID pandemic. Corporate investment tends to be cyclical, and we can’t be sure of the effect of the crisis, but there is a risk that corporations could pull back their investments.

At BDC Capital, we will continue to monitor the situation and take action if we believe it is necessary. Don’t hesitate to comment below or to reach out if you want to learn more. 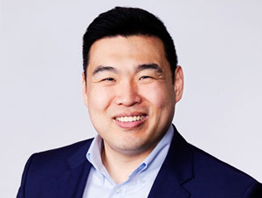