Doing it the right way: Promoting inclusion in the VC community

Doing it the right way: Promoting inclusion in the VC community

I have two daughters, so issues with diversity, inclusion and gender parity definitely resonate with me on a personal level.

As a parent, I want to ensure a better future for the next generation, one where they’ll have a safe place to work, protected from discrimination or harassment.

I am proud to say that BDC has been very progressive on this front. As a member of BDC’s Diversity and Inclusion Committee, I can tell you that we were active on these issues long before they started making headlines and inspired the #Metoo and Time’s Up movements.

For me, it was a natural step to lead an initiative establishing best practices on harassment, discrimination and violence with BDC Capital, the Bank’s investment arm.

The fund managers receiving our investments will be encouraged to embrace these guidelines.

This will be one of the first initiatives of its kind in the North American venture capital market. But rather than call it a policy, we prefer to see it as:

Setting an example in the VC community

Like many industries, the venture capital ecosystem has faced its share of concerns over the imbalance of power and the underrepresentation of women and minorities.

As the largest venture capital investor in the country, and with our recently announced $200 million dollar fund dedicated to women-led technology companies, we have enormous influence in that community. With that influence comes a real sense of responsibility to show leadership on issues of equality and inclusion.

So where are we with this right now?

First of all, we’ve learned that it’s not a question of dropping an edict and proclaiming, “thou shall do this!” We initially drafted a document to get the discussion going and, early on, we realized we needed to take the time to get it right.

One of the biggest challenges is how we establish expectations for behaviour in the workplace and create an inclusive environment. We also have to answer tough questions such as how do we deal with harassment issues or formal complaints, and who does what?

Reaching out to our partners

Rather than go solo on this, we’re working closely with our partners in the venture capital community.

To date, we’ve engaged and collaborated with several stakeholders such as:

Learning from the experts

We’ve also made an effort to bring in an external perspective when developing our “policy.”

For example, I recently had the pleasure of spending time with Freada Kapor Klein who spoke at our FUNDamental Principals speaker series on the theme of “Diversity and Inclusion: Why Should it Matter to You?”

A partner and founder of Kapor Capital, Freada has been recognized as one of the leading experts in this field. She is one of the key leaders on the Hollywood Commission on Sexual Harassment and Advancing Equality in the Workplace, set up following allegations against Harvey Weinstein. A good part of her career has centered on victims’ rights and crisis counselling.

I had the opportunity to present her our ideas and she rained on our parade a little but I was thankful for that. As someone who has studied inclusion for years, she brought a totally different perspective to our work. She said, “I understand what you’re trying to do, but it’s not going to work because there’s a lot of research showing that if you try to put in formal reporting processes, people are not going to always come forward. It can stifle them.”

Instead, she recommended looking at it from the point of view of the complainant who may want to report a problem, but without fear of jeopardizing their career. There had to be a better way. Which is where we took pause and realized we had to rethink our approach.

So how do we find new ways for people to report harassment?

We may need to think outside the box. One solution may be software platforms and tools to report harassment anonymously. This allows for the creation of a more informal process of reporting. If somebody feels there has been inappropriate behaviour, for example, they might not want to take it through the full process. They might just want to raise a flag and say, “I’m not comfortable here” and put that out there.

Ultimately, these systems could be used to track behaviour. If you find that individuals have several of these red flags, then maybe there’s something more serious to pursue with a formal procedure.

It’s just one example of how we could do things differently. We’re learning from people like Freada that this is still relatively unexplored territory and we are just at the beginning of our journey.

What we want to achieve

Our goal is to develop a Statement of Principles on Diversity and Inclusion, which will attempt to define acceptable standards for a safe and productive workplace, and to create mechanisms for assuring acceptable conduct.

The Canadian VC industry has an opportunity to set an example and demonstrate global leadership in how this issue is dealt with. Setting an example to the benefit of future generations of daughters and sons.

As for us, at BDC, we will not shy away from using our position of influence as a leader in the space and we are considering the following:

I look forward to continuing the dialogue while at the same time driving to some concrete actions. Feel free to reach out if you want to contribute to the discussion. Stay tuned. 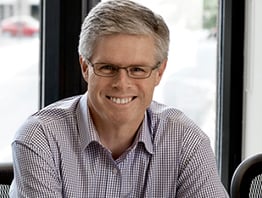