The dinner plate of the future is made in Canada

The dinner plate of the future is made in Canada

Driving through the vast flatlands of Canada’s Prairies, a notable shift has taken place. Once dominant wheat and canola fields are rich with lentils, yellow peas and soybeans.

In Nova Scotia, meanwhile, Dartmouth’s Mara Renewables has emerged as a leading global supplier of Omega-3 fatty acids from algae for use in human nutrition and animal-feed industries.

Noblegen in Peterborough, Ont. is transforming a single-cell microorganism, Euglena gracilis, into protein, carbohydrate and oil ingredients with superior nutritional and functional properties.

One thing unites these various threads: Canada’s agriculture and agri-food sector is poised for revolutionary growth. A rapidly increasing global population has boosted demand for high-value food, including climate-friendly alternatives to meat protein. With the world population projected to grow to 9.8 billion by 2050, Canadian firms are racing to find answers to food sustainability.

With the right investment and technology, Canada has the capacity to become the world’s protein breadbasket, providing safe, clean, quality food to feed the world.

The solution is to bring together industrial innovation with the latest advances in food science, clean technology, artificial intelligence (AI) and green farming alternatives.

If the thought of including insects, micro-organisms or algae protein in your diet makes you scrunch up your nose, you may want to consider the economics of one of the world’s fastest-growing food phenomena.

Acheta protein, made from ground crickets, is broadly considered among the superfoods of the future. Rich in amino acids and iron, crickets offer nearly twice the amount of ingestible protein as chicken, emit 80 times less methane than beef and take nearly 2,000 times less water to farm.

In Asia, where Canada has newly minted free trade agreements, large swaths of the population rely on plants and other non-meat proteins as dietary staples. Reducing greenhouse gas (GHG) emissions, developing more efficient farming practices and the commercialization of innovative crop technologies are just some of the ways Canadian companies are competing to lessen the impact of traditional farming and food processing practices on a warming climate.

The federal government has adopted an ambitious target to increase agriculture-related output by more than three per cent per year, to a phenomenal $85 billion in exports of agriculture, agri-food and seafood and $140 billion in domestic sales by 2025.

At BDC, we believe that with the right access to financial and advisory support, Canadian entrepreneurs can get nutritional food from farms to plates across the globe and lead the 21st Century food-tech race to feed the world.

But we are not alone in trying to reach this goal. There is a whole ecosystem of partners working together to build up the industry that includes Farm Credit Canada, Export Development Canada and Canada’s Protein Industries Supercluster.

Canada is already a leader when it comes to serving up meatless proteins to the world. Canada is the world’s 5th largest agricultural supplier. By metric tonne, Canada is the top global producer of lentils and yellow peas, the seventh largest producer of wheat and soybeans, and 11th in the world for chickpea production.

With the right investment and technology, Canada has the capacity to become the world’s protein breadbasket, providing safe, clean, quality food to feed the world.

Take the example of plant-based protein manufacturing pioneer Sol Cuisine—a BDC Capital portfolio company. What started as a tofu manufacturer for Toronto’s edgy vegan restaurants in the ‘80s has expanded to be a key supplier of frozen vegan fare for 11,000 stores across the U.S. and Canada, with 41,000 distribution points. The company has two state of the art facilities, totaling 3,250 square-metres (35,000 square foot) in Mississauga, Ontario, capable of producing up to 11,000 metric tonnes of food per year.

They’re poised for growth and their timing couldn’t be better. The alternative meat market is expected to grow sevenfold to CDN $180 billion in the next 15 years, according to Protein Industries Canada, and Canada could reasonably expect to achieve 10% of global market share.

Sol Cuisine is just one example of the cutting-edge entrepreneurship and science that’s emerging to put Canada on the map as a reputable supplier of plant-based meat alternatives.

Opportunity abounds, and Canada enjoys a centuries-old reputation as a supplier of safe and nutritional food.

Despite this, just 7% of Canada’s 240,000 agri-food companies currently export, with even fewer selling outside North America.

But the situation is changing. Here are a few more examples of our clients making their way to global markets.

CubicFarm Systems Corp – Taking vertical farming to the next level

A decade after vertical farming was first articulated, the concept of high-density, AI-assisted vertical agriculture is now common. CubicFarm Systems Corp. takes the practice to the next level.

BinSentry is helping create the Feedmill of the future. Their IoT sensor collects real-time farm inventory data and empowers the optimization of operations for both the producer and the supplier. A more optimized feed supply chain will enable game changing improvements to animal health and help achieve sustainability targets through efficient transport.

Vancouver-based Terramera combines technology and chemistry to lessen the need for synthetic chemical pesticides and fertilizers. It’s Actigate is an award-winning green chemistry technology that improves the function and targeting of plant-based, organic actives. The firm has also partnered with tech giant Microsoft to improve “regenerative farming” by drawing carbon from the air and inputting it into the soil.

A partner for foodtech and agtech companies

BDC is excited to support these cleantech and foodtech companies with financing, investment and advice. By continuing to work with Canadian entrepreneurs and our partners in the industry, we hope to continue building up the sector into a global powerhouse.

Don’t hesitate to reach out to our Cleantech and Venture Capital teams for advice and support for your projects. 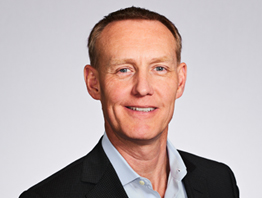