Zita Cobb is a businesswoman who’s creating prosperity in her hometown of Fogo Island, Newfoundland. Zita is best known for her work with the Fogo Island Inn, the strikingly beautiful, thriving hotel that attracts visitors from all over the world. But did you know that, along with brothers Anthony and Alan, she also helped spearhead a second operation that creates a market for local fishermen to sell their catch to buyers in Ontario. This helps revive a historic kind of livelihood that many thought was dead.

Thanks to Zita and the resilient community members of Fogo Island, the people on an island (Fogo) off an island (Newfoundland) off the coast of Canada now enjoy a purring economy.

Meanwhile, in Toronto, Hamilton and Winnipeg, Ross McLeod’s security guard company is giving good jobs to about 500 people—70% of whom are immigrants. One of the benefits he offers employees is financial literacy training and payroll deductions that help them buy shares in the company.

Think about that: Thanks to Ross, the guys in the car park booths have shares in the company they work for. This is simple, rare and very powerful.

Putting purpose at the heart of business

To be clear: Zita’s and Ross’s businesses are profitable. What’s startling (to some) is their motivation. They don’t want just money; they want to create sustainable livelihoods for real people. They put this purpose in the business model and make it happen in their daily activities. This is way better than charity. Purpose is king.

How unusual are Zita and Ross? Do they sense a societal trend and business opportunities that other people don’t? Or are they creating a trend? What can we learn from their success?

What Charles Darwin tells us about Zita and Ross

Perhaps the best way to understand Zita and Ross is to compare them to something in nature. Charles Darwin, the evolutionary biologist, saw that nature throws up variations on species with every new generation. For example, if we look closely at a nest of young birds, we often see one that differs from the others. A variation on the theme, if you will. Perhaps a longer beak or wider-set eyes.

Depending on its health and resourcefulness, plus—this is key—the changing needs of the ecosystem, the odd-looking offspring can prosper and reproduce. It can even become the dominant form of the species.

Eventually, these animals were given a poetic name: "hopeful monsters"—monsters because they look different, hopeful because it’s never clear they’ll win. Survival depends on ability, resourcefulness and the environment they live in.

So are Zita and Ross hopeful monsters? Yes and no.

Yes, because they’re a variation on the theme, not a different species. They’re entrepreneurs with profitable businesses. Indeed, a quick glance might not even reveal their motivation or broader impact.

Yes, because they’re finding opportunity in a changing world. Many consumers now look for something different and powerful in addition to value for money. Specifically, they buy local because they want to create local prosperity and because they see it as environmentally preferable.

But no, Zita and Ross don’t match the Darwinian metaphor in one big respect: They’re not just responding to the changing market; they’re choosing to change it. Zita wants Fogo’s formerly stagnant economy to purr. Ross wants his immigrant employees to succeed in Canada.

Lessons learned from Zita and Ross 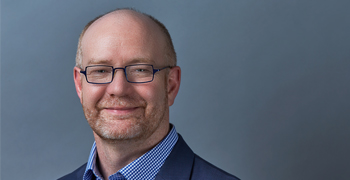