The economic news has been quite negative lately. Growth in Europe has been uneven and more modest than expected in 2014. The price of oil and other commodity prices have declined. And some emerging countries are struggling.

However, despite these clouds, economic fundamentals are improving, allowing us to be optimistic for 2015. Economic growth in Canada should be stronger, mainly supported by exports, consumer spending and business investment.

The past year offered a mixed bag of goods news and some surprises. Despite a slow start, the U.S. economy has experienced strong growth, supported by consumer demand.

Canadian exporters benefitted from this expansion as well as a lower dollar. Exports increased by 11% in the first eight months of 2014, which, in turn, stimulated the manufacturing sector. It grew by 8% during the same period. In fact, exports have been the main driver of the Canadian economy in 2014.

There have also been some headwinds. Europe experienced slower growth than expected, although it’s finally out of recession. China, Brazil and Russia also showed signs of difficulty and slower growth. Finally, modest world economic growth, combined with increasing supply, led to lower commodity prices, including a decline in the price of oil.

The U.S. economy should continue to improve. Consumers, governments and businesses are all enjoying improved financial situations and will contribute to growth in 2015.

Government spending south of the border is increasing for the first time since 2010 while business investment is growing more rapidly thanks to higher confidence.

However, consumers will be the real drivers of growth. Strength in the labour market, lower household debt levels and a favourable interest rate environment are expected to boost residential construction and support higher consumer spending.

In contrast, the recovery in Europe will be slower and more modest. High unemployment and government debt are restraining growth. However, the Euro-zone should experience positive growth.

What does it mean for Canada?

The Canadian economy will continue to benefit from stronger economic growth in the U.S. in 2015. Rising exports will stimulate the manufacturing sector in every part of the country.

We expect more business investment by Canadian exporters and that should have a ripple effect, boosting other sectors of the economy. Consumer spending will remain strong, supported by higher employment levels and an increase in disposable income.

One area of concern is the housing market. Here, we believe price increases will be lacklustre after years of strong growth. As well, government spending will not support much economic growth, as governments try to balance their budgets.

In summary, the world economy is moving into a period of growth, led by a stronger U.S. economy. With a lower dollar, Canadian businesses are well positioned to benefit from growth in the U.S. and other parts of the world.

With credit conditions continuing to be favorable in 2015, all the pieces of the puzzle are in place for entrepreneurs to invest for the future. Is your business ready for a new wave of growth? 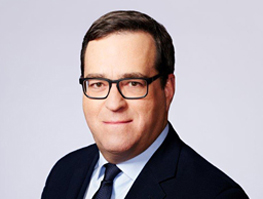