How to update your export plan for the USMCA

How to update your export plan for the USMCA

After months of uncertainty, an agreement between Canada, the U.S. and Mexico has been reached to update the North American Free Trade Agreement (NAFTA)

The new United States-Mexico-Canada Agreement (USMCA) didn’t bring too many surprises and—while it’s not perfect—it’s better than no deal. Most of all, it should provide much needed stability for Canadian entrepreneurs.

Signed in 1994, NAFTA was intended to boost trade and investment among the three signatories. On those terms it was a success: Trade between the three countries has tripled since it was signed.

As a result, the economies of all three countries are extremely intertwined. The United States, Mexico and Canada could have lost a lot if NAFTA went out the window.

As illustrated in the map below, Canada is the main export market for 36 American states, and the second most important for six more.

Canada is the main export market

Canada is the second most important export market

The new USMCA agreement safeguards much of what made NAFTA a success. Canadian entrepreneurs will maintain their mostly tariff-free access to the U.S. and Mexican markets. It also changes or modernizes several key elements of the free trade agreement.

Unfortunately, the 25% tariff on steel and the 10% tariff on aluminum have not been lifted. Parties continue to discuss matters separately.

The deal also increases the Regional Value Content requirement for automotive production from 62.5% to 75%. This might increase the cost of automobiles marginally since manufacturers will need to source more content within the three North American countries. The new rules will likely create new opportunities for Canadian parts suppliers.

Further, the side letter on automotive shields Canadian- and Mexican-originating automobiles and auto parts from future Section 232 measures the U.S. could impose. Section 232 measures were used by the American administration to impose steel and aluminum tariffs earlier in 2018. The auto exemption is limited to 2.6 million automobiles and US$32.4 billion in auto parts annually, well above recent Canadian export levels.

Update your export plan for the USMCA

An export plan is a key document every exporting business should develop. The plan will help you weigh the risks and opportunities of exporting.

Here are some tips to update your export plan in light of the new USMCA agreement.

1. Ensure you can remain competitive

The new agreement means more investment in Canada, the U.S. and Mexico—but it also means increased competition and pressure on costs, especially in sectors where rules have been changed, such as the automotive, dairy or retail sectors.

These changes could put pressure on your business to find the resources you need to maintain your competitive edge. This really boils down to productivity, and the biggest challenge to Canadian productivity right now might be labour shortages.

Our recent study on labour shortage found that 55% of Canada’s entrepreneurs are having a tough time finding the people they need.

Entrepreneurs in our study mentioned that the following strategies really work for them.

The uncertainty that surrounded NAFTA renegotiation highlights the importance of considering markets other than the U.S., such as the European Union, which has over 500 million people and with which Canada signed a free trade agreement in 2017.

You can use the Canada Tariff Finder to find out which tariffs would apply for countries with which Canada has a free trade agreement.

In an unstable environment, poorly prepared businesses are likely to get burned. This is why exporting businesses need a solid export plan. You should review your plan regularly and ensure it is agile enough to weather any coming storms (or hurricanes).

BDC’s Advisory Services team can help you get a clear picture and draw up the best strategy for growing your business abroad. Contact us if you have any questions. 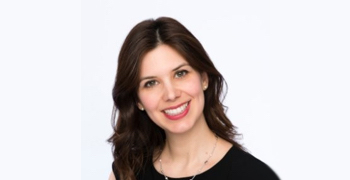